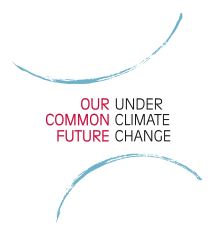 The work of the eViz team is featured in a new blog post on the ‘Our common future under climate change’ website.

“We found across several studies that thermal images of their own homes are really engaging to householders,” says Dr Pahl, Associate Professor in Psychology at the University of Plymouth who will be presenting at the Our Common Future Under Climate Change conference in Paris from 7-10 July.

“They’re very keen to have the images taken, they show great interest in the thermographer’s approach, they share the reports we send with others around them,” she says.

“This is against a context of general disinterest in energy-saving communications. For example two per cent or less is a typical response rate to energy companies’ campaigns.

“In our research we’ve found evidence that householders who received a thermal imaging report had lower energy bills a year later and had done more energy-saving actions such as draught-proofing.”

For the full blog go to the Our Common Future website.

This conference will be the largest forum for the scientific community to come together ahead of the 21st UNFCCC Conference of the Parties (COP21).